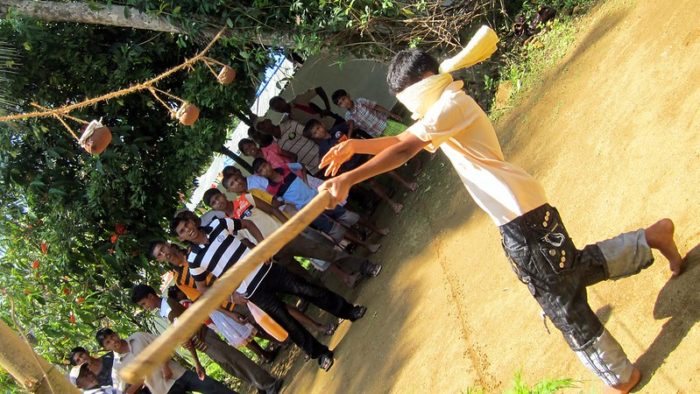 ECONOMYNEXT – Sri Lanka has restricted festivals celebrating the upcoming traditional new year to 100 people at a time, with a temporary ban imposed on a number of Avurudu games to minimise the spread of COVID-19, the health ministry said.

However, strict regulations imposed last year have been revised, the MoH said in a statement, with the hope that the pandemic-hardened public will act responsibly this time around.

According to MoH guidelines for new year celebrations, organisers of Avurudu festivals must produce a document agreeing to ministry guidelines to the local Medical Officer of Health and the relevant municipal or urban council prior to organising the event.

The MoH also prohibits all quarantined citizens, people diagnosed with COVID-19 and their family members from entering new year festivals.

Officials said pillow fights (kotta pora) and tug-o-war, both popular Avurudu games, should not be included in the festivals owing to a higher likelihood of spreading the virus.

Physical distancing, sanitisation and mask-wearing are mandatory for both organisers and participants, the MoH said.

Sri Lanka saw a surge in COVID-19 cases after Christmas eve in 2020, and numbers continued to rise till late January 2021.

Officials said increased movement due to relaxed travel restrictions as well as eased hygiene regulations contributed to cases rising during the latter part of December 2020 and January 2021.

Sri Lanka authorities have decided not to impose travel restrictions during the new year period. However, Army Commander and the head of presidential task force for the prevention of COVID-19 Gen Shavendra Silva said decisions will be taken according to the public’s behavior during the season.

“We will target shopping malls and festivals where a higher number of people will be gathered,” a spokesperson said.

Daily cases have shown a significant decrease from March 2021. Health officials said aggressive control of the spread of the virus and a resultant drop in close contacts have led to the drop in daily cases. Preventing clusters and sub clusters of patients entering the community has also contributed, officials said.

Sri Lanka recorded 177 new cases in a period of 24 hours that ended at 6am today, 19 of whom were returnees from abroad.