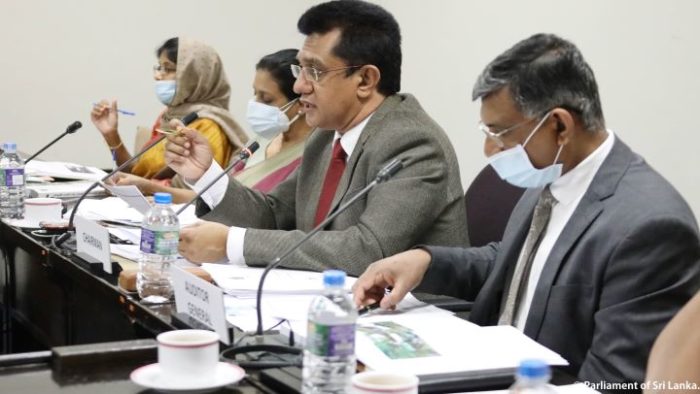 ECONOMYNEXT- The Parliamentary Committee On Public Enterprises (COPE) has ordered the removal of unauthorised constructions on both sides of the Kelani river as pollution levels in the river are rising.

The directions were given to the Environment Ministry and other ministries and institutions when COPE met yesterday November 26, to discuss matters raised by the Environmental Audit Report on the pollution of the Kelani River.

MP S.M Marikkar pointed out that many unauthorised buildings are found on both sides of the Kelani river that allegedly pollute the water by discharging sewage into the river.

Since it was difficult to remove the unauthorised constructions all at once, COPE pointed out the need to address this as soon as possible.

Further, Chairman of COPE Prof. Charitha Herath revealed that there are 2946 industries along the Kelani River out of which 41 industries do not have environmental licenses and 205 industries have had their licenses suspended for various reasons.

Of them 17 of these are considered high-risk industries, he emphasized immediate action should be taken about them.

The officials of the Environment Ministry and Ministry of Water Supply were present at the meeting while secretaries to the Ministry of Health, Ministry of Industries and Ministry of Public Service, Provincial Councils and Local Government joined COPE via Zoom for the first time.(Colombo/Nov27/2020)