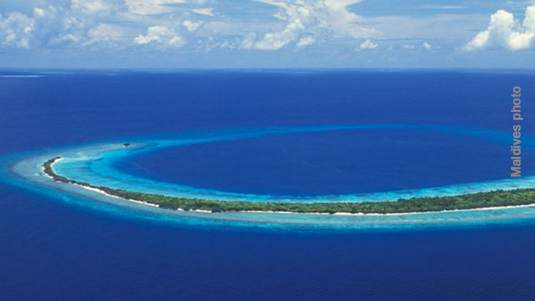 PANDEMIC IN PARADISE: Maldives was badly hit by Coronavirus but has since re-opened tourism.

ECONOMYNEXT – Moody’s has rated a planned US dollar Sukuk (Shariah law compliant bond) at ‘B3’ same as the government which will be used part retire a bond maturing in 2022.

The outlook on the sovereign rating is negative.

US dollar-denominated trust certificates (sukuk) issuance by the Government of Maldives (“Maldives”) will be made through Maldives Sukuk Issuance Limited, a special purpose vehicle, which is wholly-owned by the Ministry of Finance.

“Proceeds from the sukuk issuance will be utilized in part to fund a tender offer, which has been announced concurrently with the new issue and is conditional on the offering, on the Government’s outstanding bonds maturing in June 2022,” Moody’s said.

“The remainder of the proceeds from the sukuk issuance would fund development projects in Maldives.

Moody’s said the Coronavirus pandemic had slowed the tourism dependent economy, but it had healthy growth prospects.

Foreign borrowings had also created a current account deficit. China had becoming a top creditor of Maldives, rapidly driving up its foreign debt.

The Maldives Monetary Authority is also less activist which has given the island superior monetary stability compared to other South Asian nations helping the country achieve strong and stable growth and higher living standards.

The Rufiyaa had only fallen to 15 since independence compared to 200 to the dollar in Sri Lanka. Currencies of South Asia including in Nepal, Sri Lanka, and Pakistan are based on the British era rupee which around 4.77 when the Bretton Woods system was set up. (Colombo/Mar27/2021)