Minister Gammanpila supports the introduction of PayPal to Sri Lanka 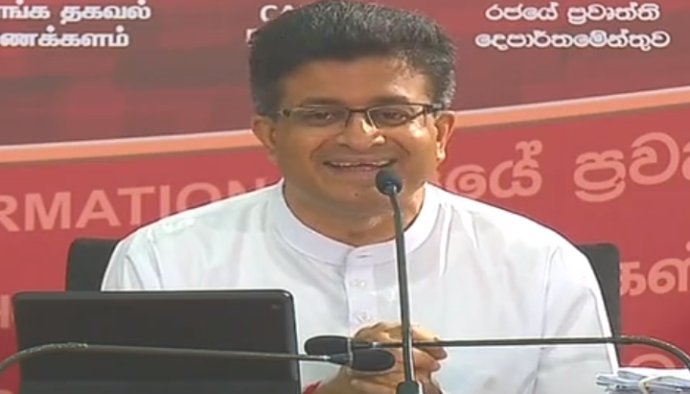 He said as a computer professional computer strongly supports the introduction of this facility.

“But there are two reasons affecting the decision to allow the facility in Sri Lanka which are terrorism funding and money laundering,” Gammanpila said.

Security agencies have concerns that Paypal would be misused by terrorist to bring funds to Sri Lanka, he said.

However, the Secretary to the Ministry of Defence Kamal Gunaratne has said that terrorism which rose again during the previous government is being completely crushed.

He said that Sri Lanka has become a hub of money laundering during the past years because of illegal drug businesses.

“They are doing the drug business within the country through Ez cash, so if they have Paypal they can do business on an international level,” he said.

But he said since the government is eradicating the illegal drug businesses in a speedy manner, once it is done we will be able to provide the facility.

In Sri Lanka, outward payments can be made through PayPal by linking credit cards, but resident customers cannot link their bank accounts to the platform to receive payments.

Sri Lanka’s information technology workers, who do contract work for foreign firms from home, have also called for PayPal in-payments to be facilitated. There are however some other platforms, allowing workarounds.

Sri Lanka’s central bank has said that they have no objection to payments being received through PayPal and have encouraged the firm to make inward remittances to Sri Lanka, but the international firm has not added the island to their network.

There were attempts made by the authorities to get Paypal to add Sri Lanka to their network.

According to some officials, PayPal’s expectations of weak volume, undermining the business case for payments, while another said potential liabilities from Sri Lanka’s forex laws was a concern at one time. (Colombo/Sept10/2020)