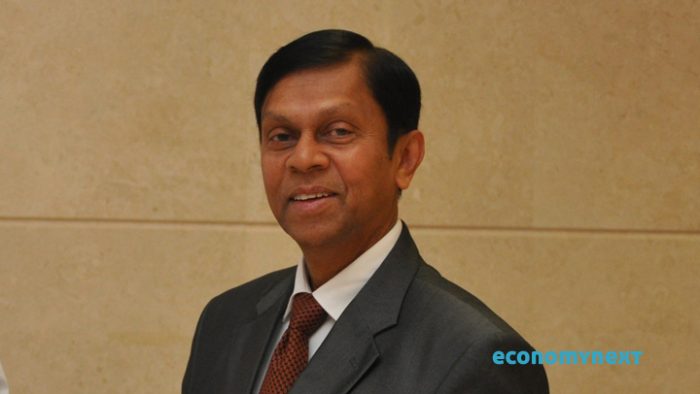 ECONOMYNEXT – Former central bank governor Nivard Cabraal has been proposed as alternative candidate for the Sri Lanka Podujana Party in case Gotabaya Rajapaksa is disqualified by courts, sources close to the party said.

Cabraal was central bank governor and an key policy maker of the Rajapaksa administration.

On Monday Sri Lanka’s court of Appeal entertained a petition questioning his citizenship and the legality of his identity documents.

Cabraal’s name has been proposed as an alternative, to Rajapaksa in case the court case goes against him.

Two civil society activists, Gamini Viyangoda and Chandraguptha Thenuwara
told the Court of Appeal in a Writ application that Rajapaksa had not obtained Sri Lankan nationality in addition to his US citizenship in 2005 when he returned to the country.