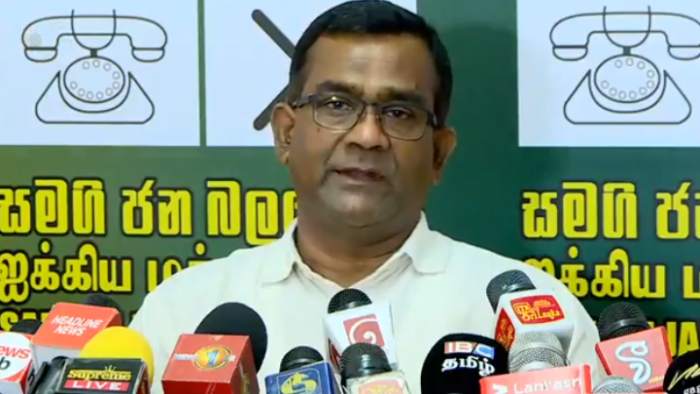 ECONOMYNEXT- The Opposition Samagi Jana Balavegaya (SJB) is saying that the government is delaying the repatriation of Sri Lankans abroad in order to keep the numbers of Sri Lankans infected by COVID 19 low.

Attanayake pointed out these workers bring in a huge amount of money to the country.

“It is not the numbers that are important to us but to help them,”

He said that during the last Presidential election these migrant workers were brought back to Sri Lanka to vote and were welcomed at the airport and hailed as heroes.

Further, he said the majority of the Sri Lankan migrant workers in the Middle-East especially Kuwait are illegal immigrants without a visa and they are the ones suffering the most from the current situation as they are out of their jobs.

“The government does not have any plan to save them, they have completely forgotten these people, they will speak about ‘Rata Viruwo’ only for their advantage.”

Last week Cabinet Minister Bandula Gunawardena said that the government has had to delay the process of repatriating Sri Lankans abroad because the capacity of the hospitals to accommodate COVID 19 patients is being stretched due to the high number of people afflicted with the disease among the returnees.

But he said that the government is giving priority to bring back all the Sri Lankans who want to return.

Meanwhile, Director General of Health Services Dr Anil Jasinghe said yesterday that 7000 Sri Lankan expatriates who had requested to be repatriated have returned to the island so far.

Also, he said that the rest who wish to come back to Sri Lanka will be repatriated on alternate days, according to the capacities of state hospitals and quarantine centres in the country as advised by the President. (Colombo/June15/2020)