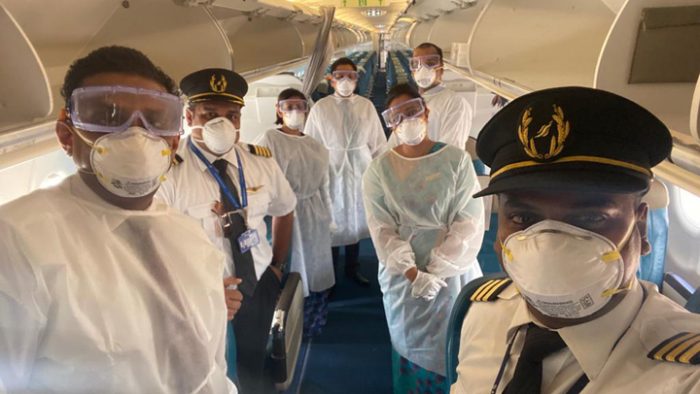 ECONOMYNEXT – Sri Lanka’s total number of people diagnosed with COVID 19 nudged closer to the two-thousand mark last night as more returnees to the country from overseas tested positive for the virus the Government’s Information Department said.

Patients diagnosed positive among returning Sri Lankans from the Maldives, Bangladesh and Kuwait and two more from the Navy cluster made up the 16 new patients bringing the total up to 1,905 on Monday night.

The end of May saw the highest number of COVID 19 cases being reported as two active clusters of patients produced large numbers of infected persons.

They are the Navy cluster – confined in most part to the huge Welisara Navy Camp – which has up to now produced 927 patients and the Kuwait cluster which saw 536 returnees who have been detected as positive.

The number from the Navy includes family members who were infected when personnel were permitted to travel to their homes outside of the Colombo District.

The epi-curve, the graph that tracks the number infected each day maintained by the Epidemiological Unit of the Department of Health Services has seen a gentle dip downwards in June.

The Opposition yesterday June 15, accused the government of stopping flights bringing back migrant workers to keep the number of infected persons down.

The Cabinet Spokesman Minister Bandula Gunewardena has said that the government is going slow on the repatriation as it does not want to place any greater stress on the Sri Lankan Health Service particularly the number of hospital beds.

However, repatriation flights are continuing with around 200 passengers stuck in Pakistan brought back last night.

More flights from the UK, the Maldives and the Middle-East are expected.

Thousands of Sri Lankan migrant workers are stranded in Kuwait and other places in the Middle-East, many unable to travel as their documents have been seized by the authorities or held back by job agents or employers.

Some are staying in places provided by the job agencies or in deportation camps.

The situation in the Maldives is also dire as there are nearly 7,000 Sri Lankan workers stuck in the Male and Greater Male area where the government has declared a Red Alert and urged foreign governments to take their citizens back.

The Sri Lankan authorities dispatched parcels of food, sanitary items and essential medicines to these people late last week and the distribution of these parcels to families is now underway.

Many residents have complained that they have observed police officers driving around in their cars, some of them upper range SUVs. (Colombo, June 16, 2020)