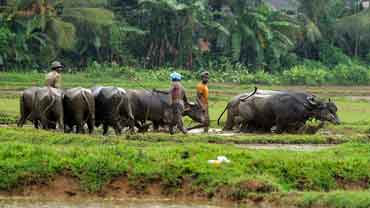 The Cabinet of ministers this week approved  a proposal made by Gamini Jayawickrama Perera, Minister of Food Security, to buy ‘Keeri Samba’ rice and ‘Samba’ rice for 50 rupees a kilo and ‘Nadu’ rice for 45 rupees a kilo.

The rice is expected to reach the market from early August and the Paddy Marketing Board will buy about 120,000 tonnes, the Ministry of Food Security said.

Cabinet approved spending six billion rupees to buy the crop which is to be financed by two state banks, Bank of Ceylon and People’s Bank on Treasury guarantees.