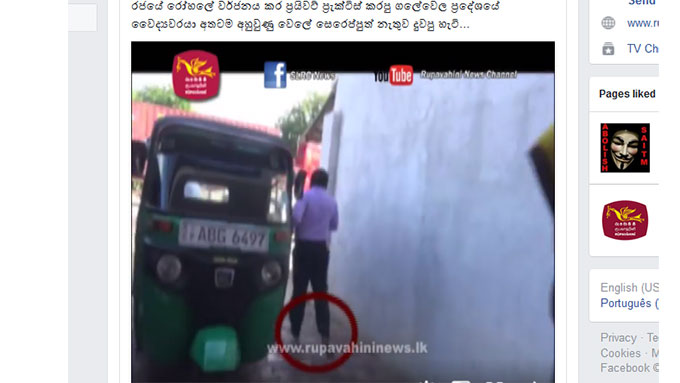 ECONOMYNEXT – A government doctor who was engaging in private practice charging fees during a strike organized by the Government Medical Officers Association (GMOA) was caught on camera running away without shoes.

The GMOA is trying to close down SAITM, a private medical college, in a bid to deny education freedoms of parents and students. GMOA doctors have earned their degrees at tax payer expense.

State-run Rupavahini television in its facebook page showed footage of a doctor in a private clinic running away barefoot from a cameraman.