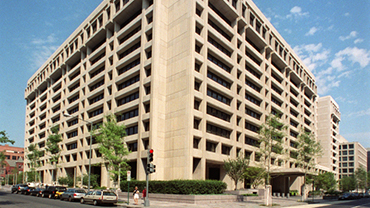 ECONOMYNEXT – The International Monetary Fund is continuing discussions with Sri Lanka on emergency supports as the island is battling a Coronavirus crisis and facing tighter external conditions and debt repayments.

In April Sri Lanka’s central bank asked for IMF support under its Rapid Financing Instrument (RFI), while an existing reform-backed Extended Fund Facility which would have improved state finances was in abeyance pending the last review.

Sri Lanka has asked the IMF whether the existing program, which analysts say had been de-railed by tax cuts announced in January, could be switched to the RFI.

“We will work in close coordination with the authorities to assess all relevant conditions” an IMF spokesperson said.

The IMF says the “is designed for situations where a full-fledged economic program is either not necessary nor feasible.

“The former situation may arise when the shock is transitory and limited in nature, while the latter may arise when the member’s policy design or implementation capacity is limited, including due to the urgent nature of the balance of payments need or to fragilities.”

IMF says a country can borrow up to 100 percent of its quota under the RFI, after it was doubled in response to the Coronavirus crisis

Sri Lanka’s quota is 578.8 million special drawing rights or about 794 million US dollars.

Sri Lanka’s central bank had already borrowed about 952 million SDR (about 1.3 billion US dollars) from the IMF over for support over previous balance of payments crises.

Though IMF loans go the central bank, the agency could sell its reserves to the Treasury to repay foreign loans and avoid sovereign default. Sri Lanka’s gross foreign reserves are now a little over 7.0 billion dollars.

The central bank has taken the country to the IMF, 16 times since it became a member on August 29, 1950, a day after the soft-peg with money printing powers, which could generate balance of payments troubles was set up.

The central bank joined the Bretton Woods system of collapsed soft-pegs set up by Harry Dexter White, an arch-Keynesian New Dealer interventionist, who was embroiled in an espionage controversy involving the Soviet Union later.

Frank Coe, White’s successor as Director of the Treasury’s Division of Monetary Affairs, a Marxist, who also held a positon in the IMF was later forced to resign and went to live in China.

Before August 28, Sri Lanka’s monetary authority could not print money and was like that of Hong Kong, Macau, Singapore, and somewhat similar to that of Maldives (which now has a per capita income of 13,000 US dollars) Dubai and a number stable Gulf nations.

Before monetary stability started after 1951, Sri Lanka was a net importer of labour like Hong Kong, Singapore, the Maldives and Dubai. (Colombo/May05/2020)

SAARC countries should come together to ensure post-Covid recovery - Dinesh