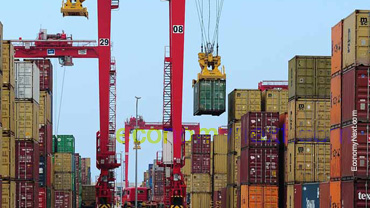 ECONOMYNEXT – Sri Lanka’s domestic industries hit by import control that came in the wake of currency pressure should appeal to the Finance Ministry for relief, Information Minister Bandula Gunewardene said.

“Many industrialists and importers who import inputs have said that they cannot produce without some imports,” Minister Gunewardene said.

“There are items like packaging for example. We will not remove the import controls, but they can make an appeal with their problem to the Finance Ministry.”

Gunewardene said a unit at the Treasury will go through the appeal to give relief.

Sri Lanka slapped import controls after the central bank made large liquidity injections to keep call money rates down and the rupee collapsed.

The import controls were slapped using a 1969 import control law, which was used extensively during the 1970s after the collapse of the Bretton Woods system in 1971 which triggered an oil and commodity price shock, and any country that printed money to subsidize prices faced a balance of payments crises.

Import controls were widely used elsewhere as the Sterling also came under pressure (Sterling crises) before the US dollar’s peg with gold broke.