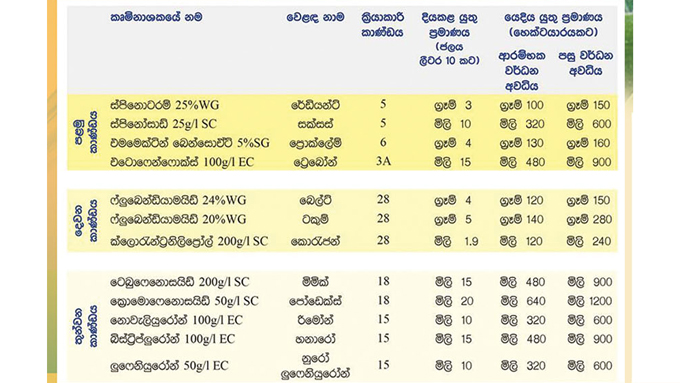 ECONOMYNEXT – Sri Lanka’s maize crop in the ongoing main (Maha) cultivation season has been hit by a outbreak of armyworm with over 2,200 hectares already infested by the pest, the state agricultural agency has said.

Sri Lanka is forecasted to produce about 240,675 metric tonnes of maize in the Maha season, which is down 12.2 percent from a year earlier.

Sri Lanka produces most of the domestic maize in the Maha season. The minor (Yala) season brought about 32,000 metric tonnes last year, with 8,474 hectares being sown.

Sri Lanka imports the balance requirement of maize, used mainly in animal feed. Imports are taxed and also controlled by licensing, leading to allegations of corruption.

In Maha season 70,711 hectares of maize had been sown, out of a target of 89,085 hectares, provisional data of the Department of Agriculture showed.

By December 2,237 hectares had been hit by the fall armyworm (spodoptera frugiperda), which may lead to the loss of 8,000 metric tonnes of maize grain so far. Most of the damage has been reported from Ampara district.

The pest is the larvae of a the Fall armyworm moth. It is originally from the Americas, perhaps from Chile, and has spread to Africa and then India by 2018 and is now found in Sri Lanka. Infestations have recently been reported in Myanmar.

There appears to be two variants of the pest. The ‘M-strain’ which mainly attacks crops like maize, and the ‘R-strain’ which attacks rice and grasses.

The Department of Agriculture has recommended several pesticides for immediate and subsequent use.