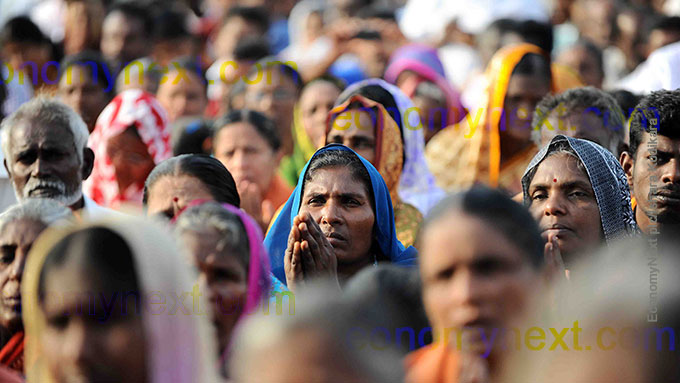 "Since there is no war situation in the country and the life of the community is normal, it was decided to remove restrictions imposed on foreigners," the ministry said in a statement.

It said a ban on transporting unspecified goods to the minority Tamil- dominated Northern province, of which Jaffna is the capital, was also lifted with immediate effect.

An economic embargo on the Eastern province too was remove, said the statement issued by defence ministry spokesman Ruwan Wanigasooriya.

The same officer had in October declared that travel restrictions were imposed following information that "foreigners are trying to cause discord among ethnic communities."

"When there’s a tremendous threat like that to our national security, we can’t just wait. We have to take action," Wanigasooriya said in October. The restrictions applied to foreign journalists too.

But the current government argued then, when in opposition, that the ban was to prevent Sri Lankan Tamils holding foreign passports from visiting the region to campaign against former leader Mahinda Rajapakse.

Rajapakse’s administration had also accused Colombo-based diplomatic missions as well as foreigners of trying to collect testimony from survivors to support allegations of rights abuses by security forces during the civil war which ended in 2009.

Rajapakse had refused to cooperate with a probe ordered by the UN Human Rights Council and had insisted that he will not allow foreign investigators to probe allegations that up to 40,000 ethnic Tamil civilians were killed by his troops in the final months of fighting.

Since the end of fighting in 2009, no attacks have been blamed on the Tamil Tiger rebels, who at the height of their power controlled a third of the country’s territory.