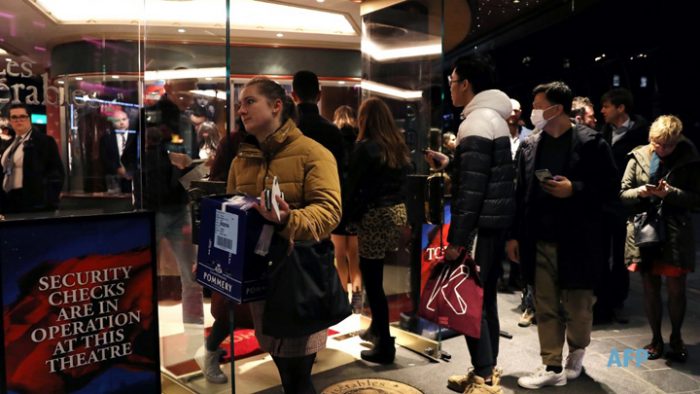 ECONOMYNEXT – Sri Lanka is not yet considering flight restrictions to the United Kingdom, an official said, despite a ‘herd immunity’ strategy of allowing a large proportion of the younger Britons to be infected with Coronavirus while asking older people to be in strict self-quarantine.

“So far there is nothing like that,” Anil Jasinghe, Director General of Sri Lanka’s heath services told reporters in Colombo Saturday afternoon.

UK has not closed schools and had not stopped public events, though events are being cancelled by organizers on their own.

Because hospitals are not overwhelmed with tens of thousands of patients who get well in a week, patients with complications would be provided better care, according to backers of the strategy.

Jasinghe said he was not aware of the UK strategy.

“Imagine if China did not take action, they would have achieved herd immunity at a real, real cost. Lakhs of people would have died.

“I haven’t heard about this.”

To reach ‘herd immunity’ around 75 percent or more of the population has to get immunity, Jasinghe said.

Sir Patrick Vallance, the UK government’s chief scientific adviser has projected that UK will get with 60 percent immunity.

The US has already restricted flights from many countries.

Democratic countries do not have exit visas to restrict citizen’s travel. Citizens also do not require entry visas.

Prime Minister Boris Johnson had defended the relative lack of action on the part of the UK government saying a strategy is in place.

Health services in Italy had got over-whelmed when the disease peaked. In China older people could not get into hospitals at the peak of the disease.

In late afternoon Saturday Sri Lanka halted carriers operating from UK, Belgium or Norway, from boarding any passenger destined to the island, who had been in the countries for more than 14 days for two weeks from March 16.

Similar restrictions are in place for 11 countries. (Colombo/Mar15/2020)