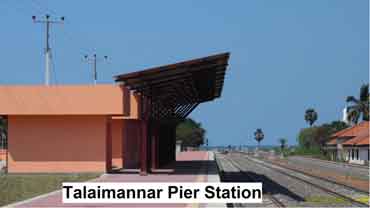 ECONOMYNEXT – Sri Lanka’s government is investigating two railway projects funded and built by India and China as costs were found to be excessive and also probing other irregularities and corrupt practices in the transport sector, a spokesman said.

Health Minister Rajitha Senaratne said the corruption was uncovered by a Special Investigation Committee appointed to probe allegations against the former regime.

The cost for rebuilding the island’s northern railway line, which was destroyed in the ethnic war, was found to have been too high, he told a news conference.

The committee had probed the “enormous cost and issues regarding the estimates of the constructions of the northern railway line,” Senaratne said.

It also found the costs estimated for the construction of the southern Matara – Kataragama railway line to be high.

This project was funded with a Chinese loan and is being built by China National Machinery Import & Export Corporation (CMC).

In both projects, competitive bidding had not been done in selecting contractors.

He said legal action has been instituted against politicians of the ousted Rajapaksa regime for not paying for the use of state buses during the January 2015 presidential poll.

The Ministry of Internal Transport is seeking to recover 142 million rupees for providing Sri Lanka Transport Board buses for former President Mahinda Rajapaksa’s publicity campaign in the presidential election.  (Colombo/August 6 2015)