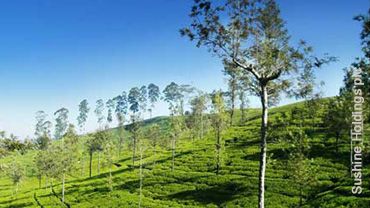 Oct 30, 2014 (economynext) – A bumper crop of low grown tea pushed Sri Lanka’s total tea output in September to a record 28.8 million kilos with production in the nine months exceeding that of the same period in 2013, brokers said.

The September tea production was up a sharp 14.5% on last year’s quantity of 25.1 million kilos with the previous record for the month being 28 million kg back in 2006, Asia Siyaka Commodities said.

"This year’s September record has been made possible by a bumper crop of 19.27 million kg from the Low Growns. This is the highest September production for the Low Grown elevation and improves on the 2012 record of 19 million kg."

Low Grown teas, which account for 61% of the national total and are made mainly by small farmers, achieved a nine-month record of 158 million kg, up 4% on the previous record of 151.7 million kg in 2013.

High Grown teas too have recorded a significant cumulative increase in production, up 8.5% from 2013, to reach 60.2 million kg by end-September this year.
Mid Grown tea production however at 37.2 million kg was down 9.5% on last year’s figure.