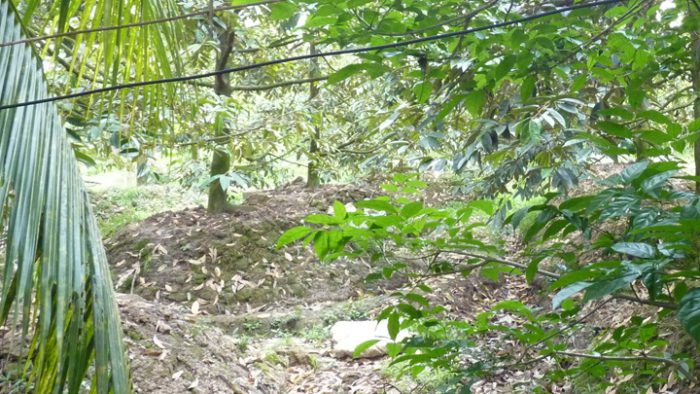 FARMING FREEDOM: A farm in Vietnam’s Mekong Delta rice-bowl region, where a farmer has built earthen mounds to keep water out and grow fast-bearing Durian trees, a lucrative cash crop.

ECONOMYNEXT – Sri Lanka is planning to ‘strictly control’ the right and freedoms of coconut farm owners to put their land to alternative uses, the ministry of Plantations Industry and Export Agriculture has said.

The decision was made following a meeting with Plantations Industry and Export Agriculture Minister Ramesh Pathirana with the Organization for Protection of Coconut Industry, which was pushing to control the land rights of coconut farmers.

Sri Lanka already has agencies and laws to second guess economic decision-making of farmers and other owners of land to satisfy the control mindset of third parties and restricts the freedom to put tea, rubber, coconut or paddy farms to alternative users, critics say.

Guidelines would be made by the Board for Control of Fragmentation of Tea, Rubber and Coconut Estates to block coconut farm owners, the ministry said.

Many have inherited the land from their parents.

During the late British period, native Sri Lankans who got freehold rights under colonial rule put large tracks of land in areas such as Kurunegala including paddy land, into coconut which was becoming a commercial export crop.

At the time nationalists severely criticized the decisions, students of history say.

Sri Lanka’s law making parliament, inherited from British rulers, also made other laws such as the Paddy Land Act to stop owners from putting the land to more productive uses including other crops.

Increasing urbanization and population growth has made what were farms during British rule, increasingly more useful for housing, industries, retail and other commercial uses.

In fast growing countries such as Vietnam, large tracks of former farmland has been put to industrial and commercial use, making the country an economic powerhouse of Asia. Farmers also put land to alternative crops.

Meanwhile productivity in existing lands have risen and new areas which were previously un-used are being cultivated. (Colombo/Dec14/2019)