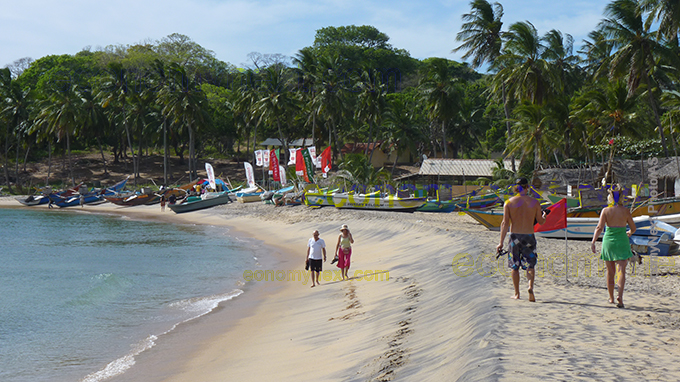 ECONOMYNEXT-Sri Lanka will admit tourists from countries which will begin to vaccinate their populations using a WHO-approved plan the country’s Tourism Minister told a Parliamentary Consultative Committee meeting yesterday.

Minister of Tourism Prasanna Ranatunga, he said that the island “should consider opening the Airport for tourism when the US and Europe initiate the COVID vaccination process.”

Ranatunga was responding to questions raised by Members of Parliament.

MP Premitha Bandara Tennakoon told the committee that the United Kingdom has declared it will be the first country to approve the Pfizer COVID-19 vaccine soon to be followed by Europe and the US.

The MP highlighted that with the availability of a vaccine, soon tourists will begin to fly to destinations and thus Sri Lanka tourism should plan to benefit from it.

Ranatunga added that the plan to reopen the airport allowing foreign tourists to enter Sri Lanka has been prepared in accordance with the COVID-19 guidelines and added that once the approval from the health authorities is given the airport will be opened for tourist traffic.

Addressing the Committee, MP Diana Gamage raised her concerns over the safety of tourists who visit the Country.

Responding to the concern, SLTDA Chair Kimarli Fernando stated that for the first time President Gotabaya Rajapaksa has appointed a DG for tourism.

Adding to it the SLTDA Chair also highlighted that they have created Sri Lanka’s first-ever mobile app to assist tourists utilizing technology going forward. She stated that the App consists of an “emergency button” where the location of the tourist will be shared with the nearest police station.

Version One of the Sri Lanka Tourism Travel App is scheduled to be made available by the Q3 of 2021.

With regard to long queues, passengers will have to experience at the immigration, Chairman of Airport and Aviation Services Major General G.A. Chandrasiri said that two separate cubicles have been established already to facilitate first-class passengers and business class passengers and it will operate as soon as the airport reopens.

Addressing the Committee Batticaloa MP Shanakiyan Rasamanickam highlighted the need of a blueprint to develop tourism in the North and the East as it lacks tourist attraction to a large extent. He also proposed that the government resume the Talaimannar ferry service for the purpose of developing tourism.

Adding to it, SLTDA Chair stated that they have already identified 4956 new sites including the Ramayana trail in Sri Lanka and have already spoken to the Indian ambassador to promote it in India.(Colombo/Dec4/2020)