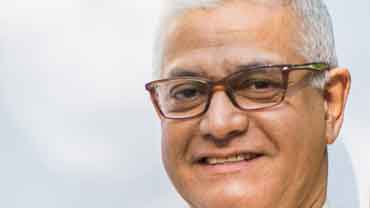 EconomyNext – Sri Lanka has one of the world’s lowest rates of female representation in parliament despite having produced the first female prime minister, a senior United Nations official said.

With the new government committed to electoral reforms, political parties should act to increase the number of women nominated for elected bodies, said Subinay Nandy Resident Coordinator of the United Nations in Sri Lanka.

Sri Lanka ranks 140 out of 153 countries in terms of female representation in parliament, which is one of the lowest in South Asia and the world, he said in a speech to mark International Women’s Day on Sunday, March 08.

Globally, only 22 percent of the world’s parliamentary seats are held by women.

"Nomination of women to any level of elected body has not increased beyond 7.7 percent of the total candidates nominated."

Nandy said Sri Lanka could use the new government strong commitment to introduce reforms to the electoral system by increasing women’s representation in politics.

"We urge all registered political parties in Sri Lanka to take whatever steps necessary to increase the number of women being nominated for elected bodies both at national and sub-national levels."

Nandy said there is much that Sri Lanka can be proud of when speaking of girls’ and women’s empowerment with high literacy rates among women and high life expectancy at birth for the girl child.

There are also large numbers of women with higher education and professional qualifications in the public service, private sector, medical, legal and teaching professions, and the arts in comparison to many other developing countries.

"Without a strong representation of women in decision making positions, there is no guarantee that women’s perspectives are adequately reflected in key policy decisions relating to critical areas such as security, economic development, reconciliation and democratization in today’s Sri Lanka," Nandy said.

"If we look at the local context, we see that Sri Lanka has witnessed rising levels of sexual and gender based violence, a phenomenon that requires urgent and immediate attention of authorities.

Studies reveal reasons for low women’s political participation include perceptions that politics is increasingly associated with violence, lack of opportunity and lack of time due to family responsibilities.