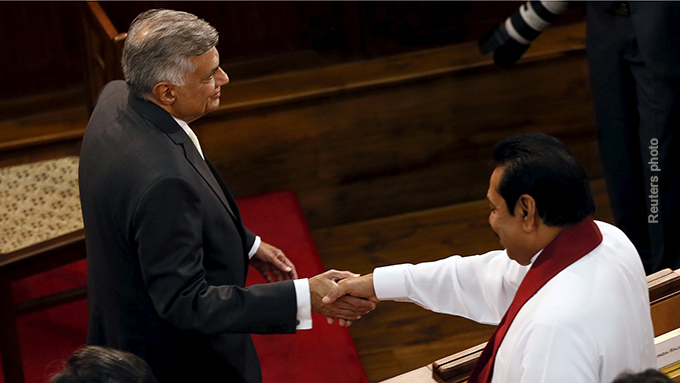 Wickremesinghe, whose UNP emerged the party with the largest number of seats but just short of an outright majority, was sworn in as Prime Minister at the Presidential Secretariat by President Maithripala Sirisena.

Wickremesinghe is expected to form a Cabinet of ministers made up of members of his UNP as well as Sirisena loyalists in the Sri Lanka Freedom Party (SLFP).

Wickremesinghe was sworn in as the Prime Minister of Sri Lanka for the third time on 9th January 2015 after Sirisena won the presidential poll.

Wickremesinghe first served as the Prime Minister from 1993 – 1994 after the assassination of President Ranasinghe Premadasa.