Sri Lankan shares edge up on buying in Keells 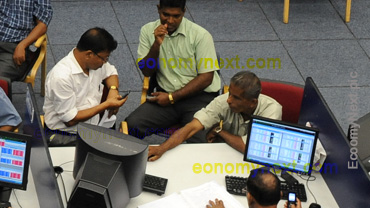 COLOMBO, June 23 (Reuters) – Sri Lankan shares rose for a second straight session on Tuesday to a near one-week high, led by market heavyweight John Keells Holdings Plc, but trading was moderate due to political uncertainty ahead of the announcement of parliamentary polls.

Turnover stood at 810.5 million rupees ($6 million), below this year’s daily average of about 1.1 billion rupees.

The market saw net foreign inflows of 73.3 million rupees on Tuesday, but foreigners have been net sellers of 3.4 billion rupees in stocks over the past 20 sessions.

The bourse has seen net inflows of 2.54 billion rupees into equities so far in 2015.

Investors were confused due to a lack of direction on interest rates, economic policies, and on the timing of the parliamentary election, analysts said.

President Maithripala Sirisena’s government has said he would dissolve the parliament once some crucial reforms, including an electoral bill, are passed, but is yet to fix a date for the election.