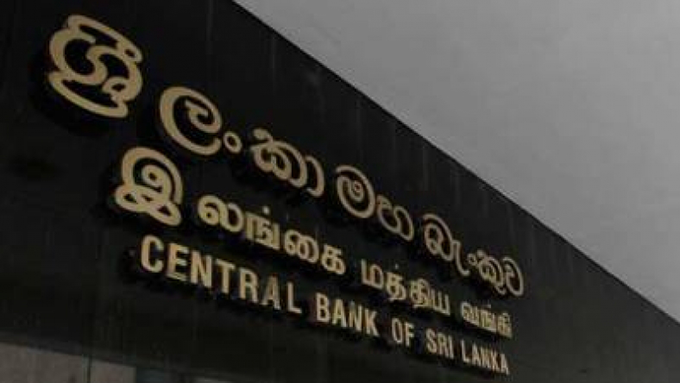 ECNOMYNEXT  – Sri Lanka’s soft-pegged Central Bank has made a 137 billion rupee profit by busting the currency from 153 to 182 to the US dollar in 2018 in the course of following polices involving real effective exchange rate targeting and printing money to keep rates down.

A soft-pegged Central Bank is the most dangerous monetary authority compared to others that follow non-contradictory policy such as hard pegged agencies or fully floating ones.

A soft-pegged currency collapses because the Central Bank implement deploys implicit or explicit weak side convertibility undertakings (defending a peg) but resists the credit system from adjusting to the interventions by printing an almost equal amount of money (sterilising the forex sales) to keep rates down.

The currency would continue to fall until the Central Bank either floats, ending printing, or allows rates to go up, slowing credit. In Sri Lanka both happen, in what analysts have called ‘rawulath ne kendeth ne’ (neither the beared nor the soup is saved) outcomes.

The people and businesses then have to recover from the effects of both a credit slowdown and the currency collapses, which slashes the real capital available for re-investment when the credit recovers.

The Central Bank also earned 8.9 billion rupees printing money into the banking system to sterilize interventions. In the 2018 crisis, most of the money was printed through term reverse repo deals.

The Central Bank earned 25.5 billion rupees on its reserves.

Interest income from foreign reserves or capital gains from the liquidation of foreign assets is the only way a pegged Central Bank can earn profits (seigniorage) without causing harm to the people, businesses, and the nation at large.

All other profits are inflationary including gains from the rupee collapse. In 2017, the first year since mid 2014 when Sri Lanka had moneary stability, the bulk of 48 billion rupees of profts came from foreign assets.

A soft-pegged Central Bank’s profits fall when there is low inflation and can even make losses due to sterilization (mopping up) costs. Currency appreciation can also generate ‘losses’.

In 2018, the Central Bank also lost a part of the foreign income due to swaps, which are convertibility forward market convertibility undertakings given to borrowers in foreign currency, in a quasi-fiscal activity.

There have been calls to bring strict monetary rules to prevent the Central Bank from generating monetary instability and criminalize the most dangerous tools or actions of the Central Bank including liquidity shocks, becoming counter-party to Soros-style swaps and floating-with-excess-liquidity.

Under its underlying monetary law, which was developed to take Sri Lanka to the Bretton-Woods system of failed soft-pegs in 1950 ending a hard peg, the ‘profits’ from currency collapse cannot be transferred to the government.

The real value (external) of Central Bank assets remain unchanged when the domestic currency collapses against a reserve or anchor currency.

Under the monetary law act, there was a 20 billion rupee loss in 2018. About 11 billion rupees came from a transfer to a pension fund for Central Bank workers.

In the profit and loss account, another 7.1 billion rupees were paid as salaries and other benefits to workers.

Countries that suffered most from second class pegs like Sri Lanka include those in Latin America.

"This law had been drawn up under American tutelage and along the lines that have been the subject of experiment in certain Latin American countries for some eight years past," Britain’s Banker Magazine wrote prophetically in July 1950 soon after the soft-pegged monetary law was passed in then-Ceylon.

"The step from an ‘automatic’ currency system (such as he which Ceylon inherited with is Colonial Currency Board) to an ultra-modern ‘managed’ currency system is necessarily fraught with great dangers and there may be some who will regret that Ceylon has decided to run such risks at this time."

At the time of independence, the currencies of India, Ceylon, Maldives, Nepal, Mauritius, Dubai and several gulf countries were around 4.70 to the US dollar either through outright ‘dollarization’ of the Indian rupee or through currency boards (hard pegs).

READ MORE:  Why Singapore chose a currency board over a central banK

Singapore later modified its currency board law to allow its money to appreciated when the US Fed had bad policy. The Singapore dollar is now at 1.2 to the US dollars from 3.06 at the break up of Bretton Woods in 1971.

The currency of Dubai, a financial centre that does not operate fancy monetary policy is at 3.67 from the 4.76 in Indian rupee days. Gulf countries abandoned the rupee after the Reserve Bank of India was mis-used to print money for the Nehru administration’s 5-year plans.

Sri Lanka’s rupee fell from 4.76 to 5.96 to the US dollar in the latter stages of Bretton Woods partly due to a balance of payments crisis on Sterling and has fallen to 176 so far.

With tinkering of Maldives Monetary Authority Law to enhance its lender of last resort facilities the Rufiyaa has also come under pressure. Its most recent fall was to 15.3 to the US dollar from 12.8.

The Maldives, with greater monetary stability, has been able to boost per capita income to about 11,000 US dollars.  (Colombo/May03/2019-SB)