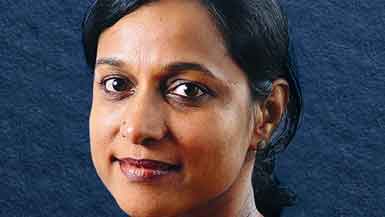 Earnings per share for the quarter were 69 cents, according to interim results filed with the stock exchange.

For the nine months ended 31st December 2014 Dunamis Capital reported earnings per share of 5.87 rupees with net profits at 722 million rupees, up from 48 million rupees the year before.

The group’s property development arm, Kelsey Developments, reported consolidated after tax losses of 29 million rupees for the period compared with profits of 162 million the previous year, in which a one-off capital gain of 177 million rupees had been realised.

“The company was unable to recognise any of the revenues attributable to its most recent housing development, ‘Templer’s Square’ but had to recognise a substantial part of the overheads due to the revenue recognition policy adopted, which resulted in losses,” Mathews said.

Templer’s Square is expected to yield a profit of about 250 million rupees over the next two years, she noted.

“Kelsey has also entered into an agreement to purchase land in Negombo for a consideration of 487 million rupees, on which the company expects to launch a housing development within the first half of the next financial year,” she added.

"As the persistent low interest rate regime in the country drives demand for housing, Kelsey’s contribution to the group’s outlook for revenues and profits in the near term is positive," Managing Director Dinesh Schaffter said.

"The company’s equity portfolio contributed a significant 115 million rupees to its profits, and a share buy-back of a subsidiary resulted in a one-off gain of 153 million rupees," he said.

"However, opportunities at First Capital for exceptional gains are limited and the main focus will be on fee-based activities."