Tariffs on Sri Lanka exports to US among highest: Think tank

ECONOMYNEXT – Sri Lanka’s exports faced the third highest average tariffs when entering the United States, after Bangladesh and Cambodia, Pew Research, a US based think tank has found.

Last year Sri Lanka’s tyre exports were hit by countervailing duties, which are charged through an obscure process on alleged export support received from the state.

"Average tariff rates on U.S. imports from a given country, as defined above, depend on two things: the share of total imports that are subject to duty, and the average rate the U.S. places on that share," Pew Research said.

"In general, U.S. tariffs are lower today (relative to the total value of imports) than they were two decades ago, mainly because more imported goods are fully exempted from duties." 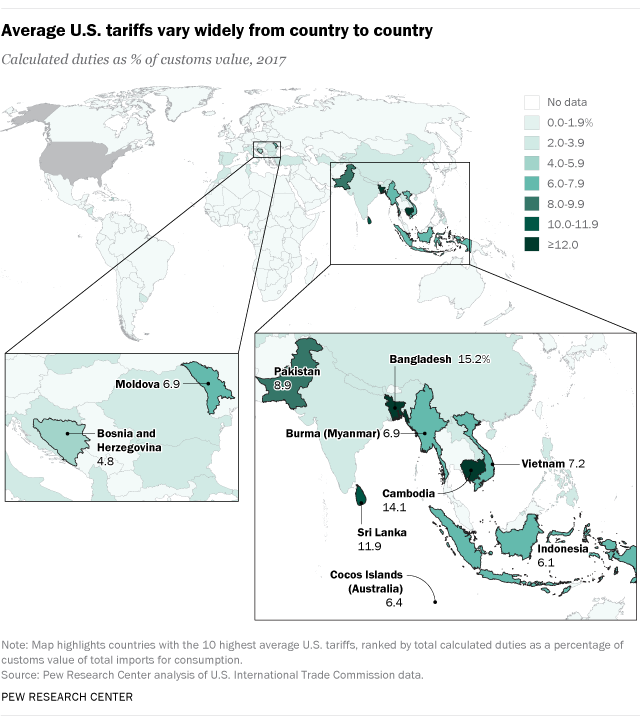 US President Donald Trump, who caters to white-Christian nationalist interests has initiated action to charge protectionist tariffs from China, in a fit of economic nationalism.