ECONOMYNEXT – The international community does not seem to trust all the stories, facts and narratives coming out of the government about the COVID 19 situation in the country, Samagi Jana Balavegaya candidate Eran Wickremeratne said.

In an interview with EconomyNext, he asked “do we trust the data that is coming out of the government? “

He said that it is very important that Sri Lanka build trust with the international community.

“If we believe that our living standards depend on foreign investment, foreign technology, then we have to build trust,” he emphasized.

When the United Kingdom announced a list of countries whose citizens will be allowed to enter their country Sri Lanka was not on that list.

The former State Minister said that people in Sri Lanka are also not convinced that the government is being truthful. 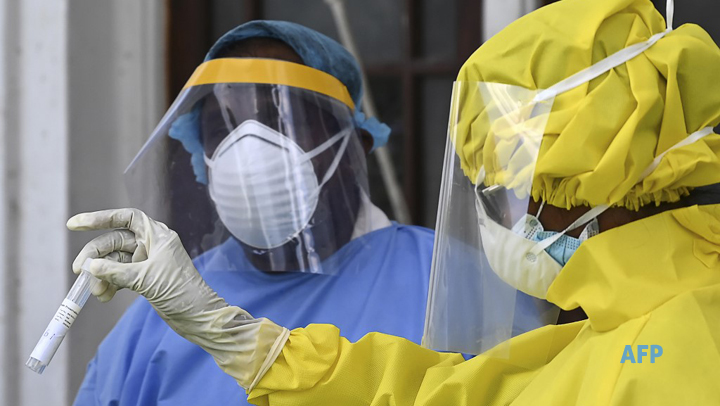 Sajith Warned the Government in January

He also reminded the audience that Sajith Premadasa as Opposition Leader in of Parliament warned that Sri Lanka should take precautions as far back as January.

“He pointed out that as an island we should be able to stop the disease from entering the country,” he said.

He said that the Samagi Jana Balavegaya leader had advocated the screening of visitors at the airport.

Wickremeratne pointed out that Sri Lanka “compares itself to countries with higher death tolls.”

“There are island nations that have not had any deaths. As an island nation if we took precautions sooner we could have avoided this situation,” he said.

He also pointed out that if Parliament could have sat for a longer period, until the end of its life, then the elections would have been held in November giving sufficient time for the government to control the pandemic and then hold elections.

“The President would have received the support of Parliament as the COVID situation was unprecedented.”

After the disease accelerated its spread, he said, the government took action and controlled it.

Wickremeratne said that people in this government, including the President, were involved in the war.

“They are far more complex, you need lots of specialists and experts, they are learning, but it is taking time. I am not really confident of what this government is doing,” he said.

The post-COVID situation for the economy broadly speaking there are two roads, one road which the government seems to be following is treating this situation as an opportunity to build internal markets and strengthen internal production.

“We will work with our partners, India, China, the US and others” and also the multi-lateral partners such as the International Monetary Fund (IMF) the World Bank, JICA and others to help ease our debt burden.

That way, Wickremeratne says, Sri Lanka can improve its international ratings and build confidence in the country among the international partners. (Colombo, July 20, 2020)