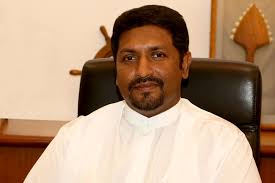 ECONOMYNEXT – All members of the United National Party (UNP) have agreed to reorganise and restructure the party under a new leader, UNP Deputy Secretary General Ruwan Wijewardena said.

“It is clear that the United National Party has reached a crucial junction. In the face of the setback we suffered in the last general election, we as a party, as well as myself personally, are of the view that we need to re-emerge stronger than before and that a comprehensive reorganization program is essential. To this end, all members of the party have already reached a consensus to carry out the relevant reorganization and restructuring process under a new leader,” Wijewardena said in a statement released this afternoon.

At last week’s parliamentary polls, the UNP under the leadership of former Prime Minister Ranil Wickremesinghe suffered its worst electoral defeat in the history of the grand old party. The party was unable to secure a single seat in parliament barring one national list appointment. Wickremesinghe himself lost his seat in the Colombo district, a traditionally UNP stronghold, leading to calls for his resignation.

“Different names have been suggested for different responsibilities and it seems that there is a subtle competition between the senior members of the party and their supporters. The UNP is not a model of a family dominated political party that has emerged from time to time in the history of this country,” said Wijewardena.

Following a meeting of party seniors earlier this week, UNP General Secretary Akila Viraj Kariyawasam said four names have been nominated for the leadership, including his own. Former MPs Ravi Karunanayake, Vajira Abeywardana and Daya Gamage were the others nominated to take over.

“There is no shortage of leaders in the party today who will come forward to lead us. We, as a political party, have achieved victories in the past, setbacks in the face of various political challenges and have risen again with great strength. All the while our members have united to protect the party, its leadership and its supporters,” said Wijewardena.

“I would like to take this opportunity to remind everyone of the need to reach a unanimous decision by rejecting dissent, while working resolutely to protect the country, the nation and the party,” he added. (Colombo/Aug13/2020)