UNP supporters will vote for us – PM Mahinda Rajapaksa 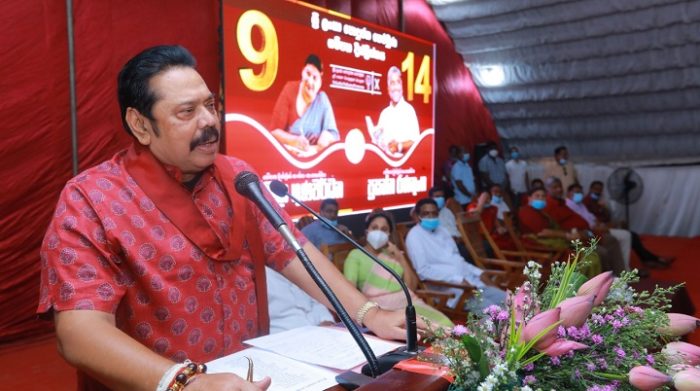 ECONOMYNEXT- Leader of Sri Lanka Podujana Peramuna Prime Minister Mahinda Rajapaksa is claiming that the followers of the UNP had assured him that they will support the policies of the President which will take the country forward.

Speaking yesterday at Mirigama, the Prime Minister said that UNPers who are coming to meet him say that they have no proper leadership as the Ranil Wickremesinghe gang and he Sajith Premadasa gang are fighting each other.

“So they said that they will vote for SLPP to support the policies of the President which will take the country towards development,” he said.

Further, he said that a strong parliament is needed to execute the policies of the President which was approved by 6.9 million voters.

He also said that everyone saw the crisis that was created by appointing leaders from two different parties during the last government as the President and Prime Minister fought with each other instead of developing the country and added that such a situation should not be allowed to happen again. (Colombo/July30/2020)