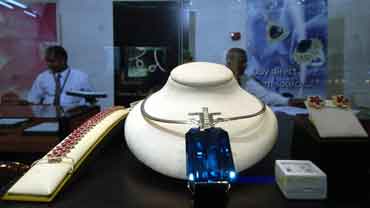 ECONOMYNEXT – The organisers of FACETS Sri Lanka 2015, the island’s main gem and jewellery show, said they expect 10,000 visitors during the four-day event from September 3 to 6.

The Philatelic Bureau of Sri Lanka will issue four stamps at the show, being held for the 25th consecutive year to commemorate the anniversary, a statement said.

The international exhibition, organized by the Sri Lanka Gem and Jewellery Association (SLGJA), will have a mix of local and foreign participants with all booths being sold out.

“Buyer delegations from China and Nepal have confirmed their attendance along with many individual premium buyers from across the globe,” the statement said.

There will be foreign booth holders from Thailand, Dubai, India, China and Singapore at the event. (Colombo/September 1 2015)